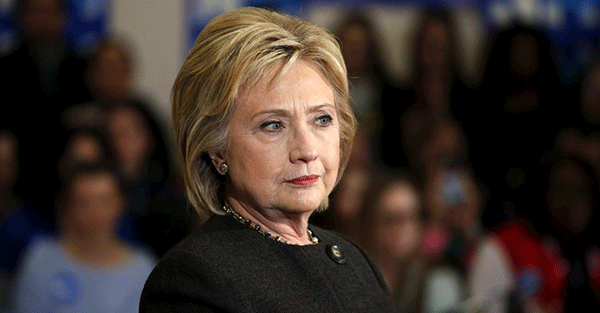 Decades-old pink sweater helps explain why Hillary Clinton really hates press conferences … Why is she so reluctant to stand in front of the assembled media and take questions? The answer could have something to do with the very first news conference Clinton held as first lady in 1994, an event that became known as the “pink press conference” or the “pretty-in-pink press conference.” – National Post

The National Post has just explained why Hillary avoids press conference: The media discriminates against her because she is a woman. Also: The Media “never lets go of a scandal.”

She doesn’t like them. She avoids them. This perception apparently took hold after the so-called “pretty-in-pink” press conference.

The Pretty-in-Pink news conference was intended to address charges over a Clinton scandal involving a bankrupt housing development called Whitewater.