Jared Dillian is an old friend of mine and one of the top editors at Mauldin Economics. Here’s a great read from him that I recommend for everyone interested in Gold. 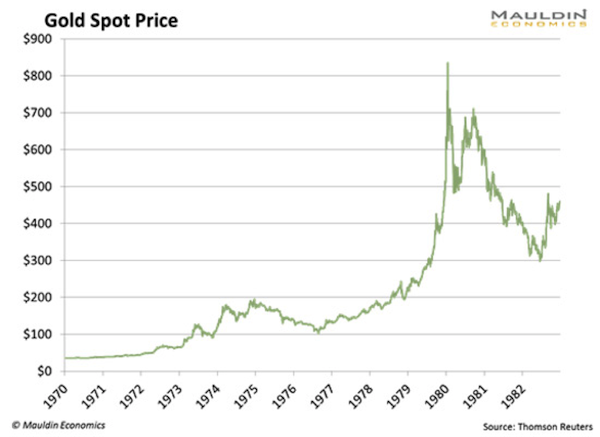 You have to be careful writing about gold.

You come out in favor of gold and you get maligned as some kind of doomsday-prepping, knuckle-dragging wingnut. Then you never get to go on TV. They don’t invite the crazy gold guys on TV.

Although that raises an interesting question. If something goes down 45%, is it a correction or a bear market?