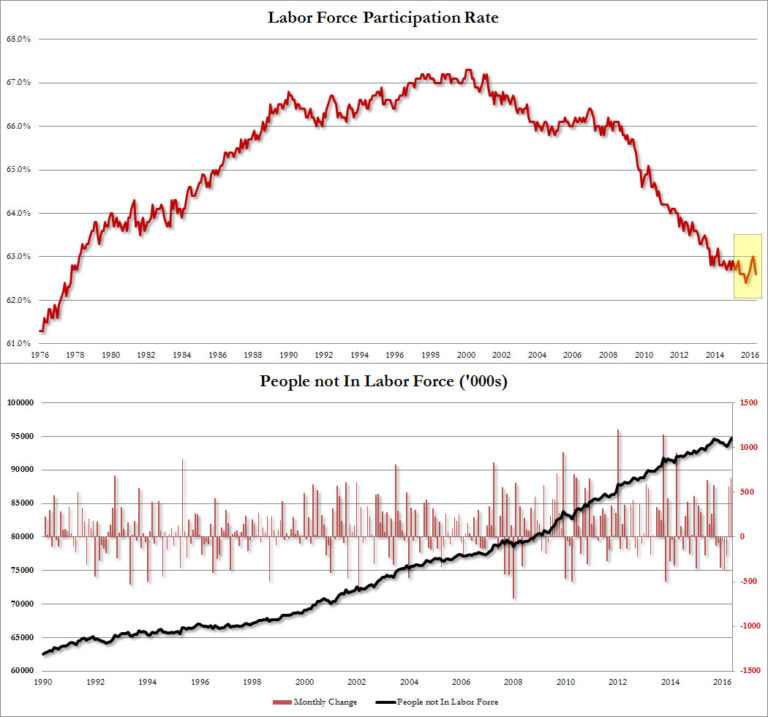 he employment figures have turned into one giant inside joke. The mainstream press living in perpetual bubbles thinks that most of the American public is following one giant conspiracy theory if they don’t simply accept that everything is fantastic in the economy. The funny thing is that the same reporting agency that gives us a low unemployment rate also shows us that a record 94.7 million Americans are not in the labor force. These are Americans that can work but are simply out of the labor force (we are not counting children here). Wall Street and D.C. thinking is that most of this number is made up of “old people” retiring and playing golf in Hawaii with bucket loads of cash. First of all, most retirees are one missed Social Security check from eating cat food from the dollar store. The narrative has fully broken down and that is why we are having such an angry election year. You don’t need to tell Americans that the economy is bad because they are living it. Last month alone those not in the labor force jumped by 664,000. I guarantee you that most of that number is not coming from people entering retirement.