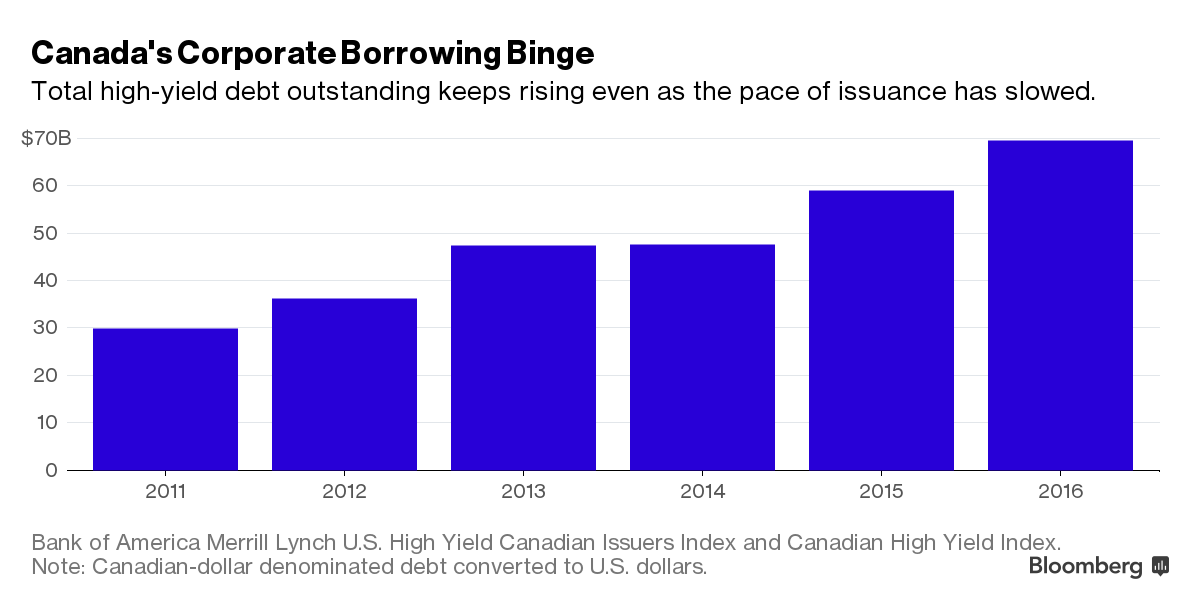 Corporate Canada is nursing a monumental junk-debt hangover that’s unlikely to let up until the end of the year.

Driven by energy and mining industries that leveraged up during the commodity boom, Canadian companies have racked up a record of at least $69.6 billion of high-yield debt, including $61.3 billion of U.S. dollar-denominated bonds, according to Bank of America Merrill Lynch data. That’s a 133 percent increase from five years ago, according to Bloomberg calculations.