‘This is not someone who should ever have the nuclear codes’ 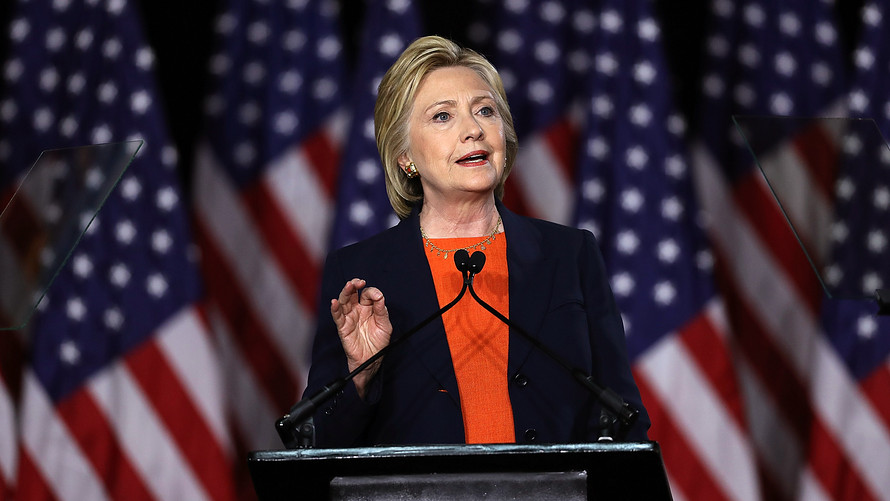 Former Secretary of State Hillary Clinton framed the 2016 presidential election as a stark choice between her approach on foreign policy and that of presumptive Republican nominee Donald Trump, who she said “cannot do the job.”

[…] Clinton’s rebuke was aimed at his foreign policy platform, which suggests curtailing America’s role abroad, renegotiating trade agreements and re-evaluating American treaty commitments. In her most aggressive broadside against the Republican, Clinton unleashed a blistering attack on Trump’s fitness for office, calling him “thin-skinned” and “quick to anger.”