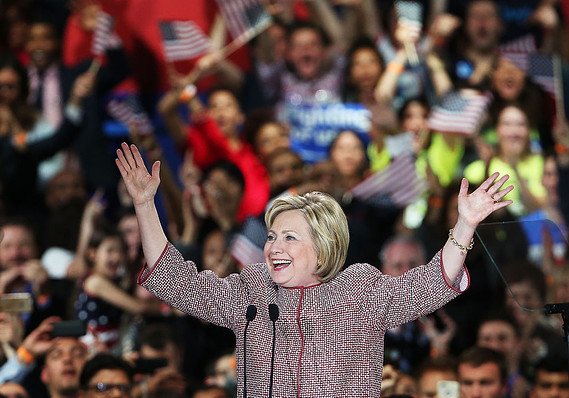 Hillary Clinton’s New York primary victory speech in April focused on topics including income inequality, job creation and helping people secure their retirement. It was a clear attempt to position herself as an everywoman.

She gave the speech in a $12,495 Giorgio Armani tweed jacket.

[…] The polished outfit was in stark contrast to the fashion choices Clinton has made in the past. As first lady, Clinton wore frumpy pastel “skirtsuits.” As New York senator and secretary of state, she attempted a more serious look, wearing pantsuits in a rainbow of colors — so mocked that they sparked memes. In comparison to Michelle Obama, who’s become known as a style icon during her time in the White House and appeared on the cover of Vogue twice, Clinton has never been able to nail down a personal aesthetic that works for her.