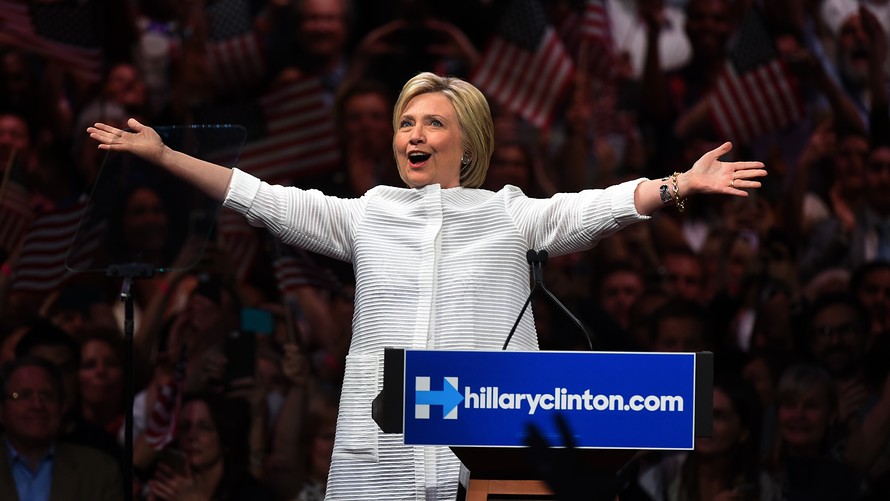 Hillary Clinton declared victory Tuesday night in the Democratic presidential primary race, emerging from a bruising battle as the first woman within striking distance of the Oval Office.

Her rise came exactly eight years after she ended her 2008 bid, when she declared primary voters had put 18 million cracks in the glass ceiling that prevented women from winning the presidency since the nation’s founding.

[…] “Tonight’s victory is not about one person,” she told a crowd of supporters in Brooklyn who chanted “Madame President!” before she took the stage. “It belongs to generations of women and men who struggled and sacrificed and made this moment possible.”