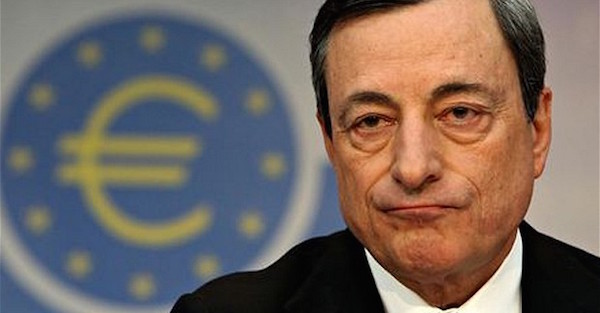 How is it that people have been put in jail for conspiring to create monopolies but central banks are exempt?

Here comes Draghi demanding that central banks act together around the world in a disciplined and forceful way. Surely this would create vast economics movements that over time that would result in an enormous snap-back in the other direction.

Central banks have monopoly privileges and only become more powerful when they act in concert.

Because of monopoly privileges, the market itself cannot constrain them. This is what Draghi wants.