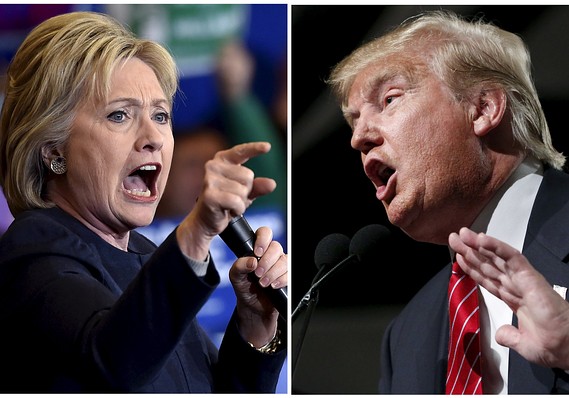 Republican presidential candidate Donald Trump on Tuesday took to his preferred medium, Twitter, to criticize an attack ad made by a pro-Hillary Clinton super PAC.

The ad, from Priorities USA, uses women in Trump T-shirts to mime the real-estate tycoon’s own words. They include Trump’s own references to Fox News’s Megyn Kelly — who is interviewing Trump on Tuesday night — and to Kim Kardashian.

[…] Trump took issue with the last line of the ad, saying he was talking about China, not women.