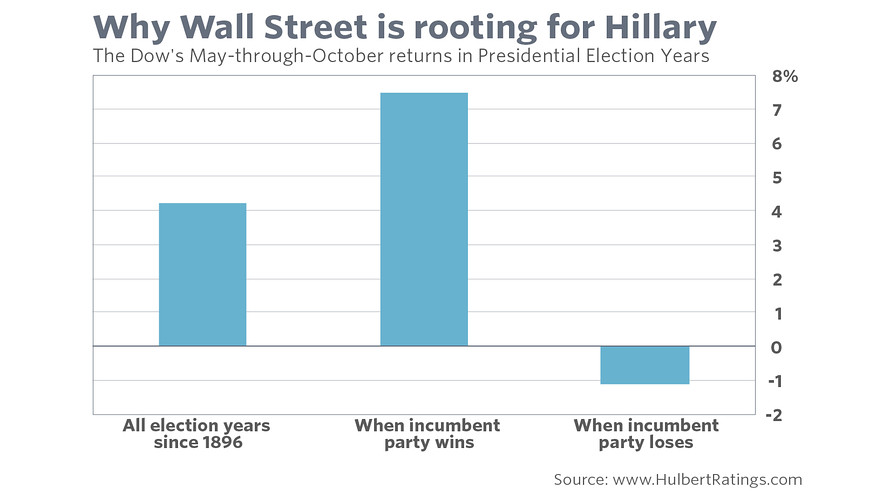 CHAPEL HILL, N.C. (MarketWatch) — Wall Street hopes Hillary Clinton will be our next president — but not for the reasons you’re thinking.

You might suspect that Wall Street’s preference for Hillary traces to the millions in campaign contributions she’s received from that industry — as Bernie Sanders has argued. Or you might believe that Wall Street is scared of Donald Trump’s economic policies, either because they are dangerous or unformed and unpredictable — as many in the Republican party establishment assert.

But these explanations are highly partisan, and your willingness to believe them tells us more about your political beliefs than the markets. But there is an unbiased explanation for Wall Street’s tilt toward Hillary: Equities on average have produced markedly better returns when the incumbent political party wins the presidential election.