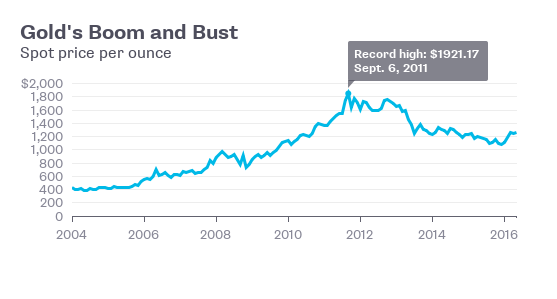 King Midas lusted after it. The Incas worshipped it. Shiny flakes of it set off a 19th-century rush to California and ship captains never stop looking for it at the bottom of the sea. While gold has ignited passions for centuries, for today’s investors, it seems, the metal has lost its allure. After surging sevenfold during a 12-year bull market — a run matched by only a handful of assets, including U.S. Treasuries and stamps — investors sold it wildly in 2013 and then the price slid further over the next two years. Is the epic boom and bust in gold just another market cycle or is it a change in human appetites?