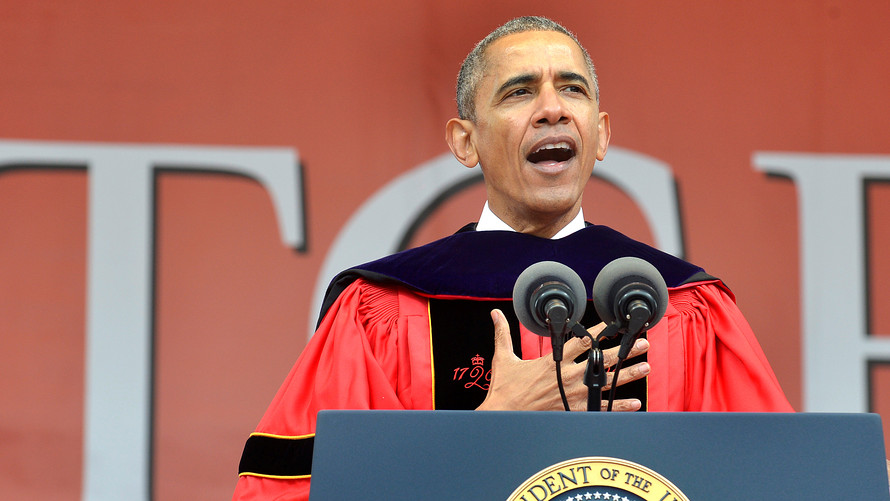 President Barack Obama on Sunday urged college graduates to shun those who want to confront a rapidly changing world by building walls around the U.S. or by embracing ignorance, as he delivered a sharp and barely concealed critique of Donald Trump.

Obama used his commencement speech at Rutgers University to illustrate a world view antithetical to the ideas espoused by the presumptive Republican presidential nominee.

The president told the roughly 12,000 graduating students at the university’s stadium in Piscataway, N.J., that the planet’s pace of change is accelerating, not subsiding, and that recent history proved the toughest challenges cannot be solved in isolation.