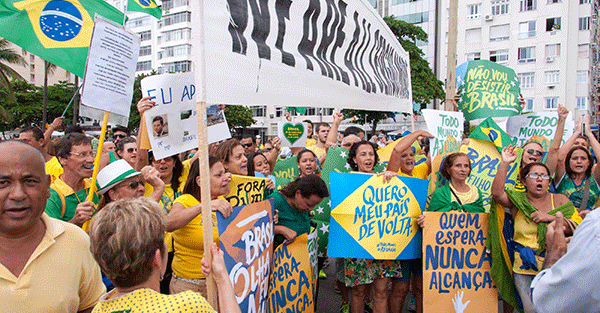 The Coup Plot That Seeks to Oust Brazil’s President … Russia Blames ‘Foreign Interference’ for Brazil Coup … CIA has an extensive record of carrying out covert operations around the globe aimed at destabilizing governments that refuse to comply with U.S. interests. – Telesur

Over the past months, we’ve written several articles on Brazil and US destabilization of that massive country, including its Olympics.

We wrote that the US had initiated a Cold War against the BRICS … Russia, China and Brazil in particular.

When it came to Brazil, we clearly stated that the US and the CIA were behind the country’s political chaos.

And now President Dilma Rousseff is being forced from office. Meanwhile, the interim president is very obviously an ally of Washington.