Technical analyst Jack Chan shows why Friday’s COT data was so shocking and what it means for gold.

by Jack Chan
The Gold Report 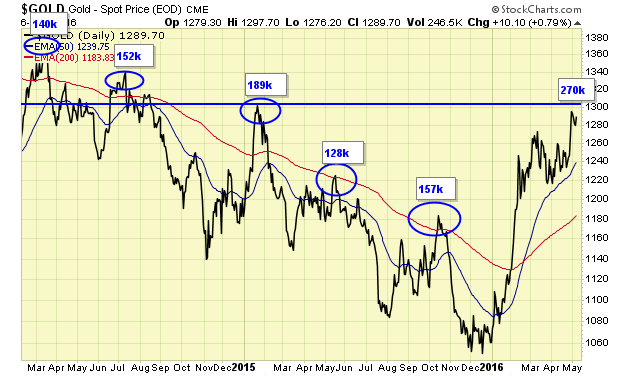 In a single week, not only has gold speculation according to COT data has returned to bull market values, but it also made a new all time high, higher than the bull market top in 2011.

This week’s COT data on gold is a shock. It made a new all time high on speculation and yet gold remains $600 below the 2011 price peak. Common sense suggests that gold is now at a major top with overall lower prices in coming months and perhaps years as the bear market rally completes.