Almost two-thirds of people in the labor force do not have a college degree. 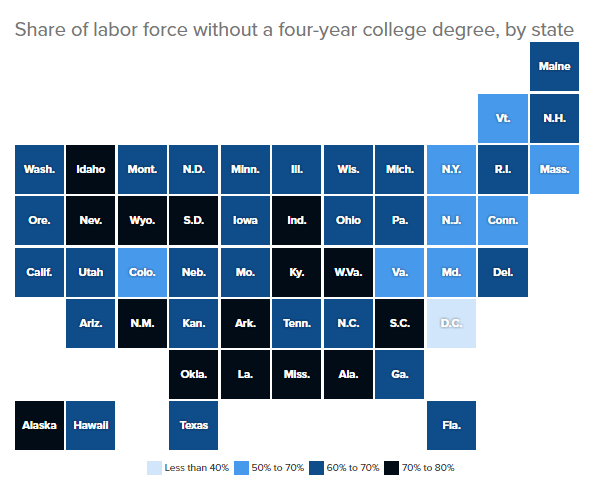 There is an ongoing perception that most of the workforce has a college degree. When we say college degree we mean at a minimum a bachelor’s degree. You would think that with $1.3 trillion in student debt outstanding a good portion of the work force would be college educated. The opposite is the truth however. Almost two-thirds of the workforce does not have a college degree. That might be surprising to you especially for a country that pushes nearly everyone into college. Yet this blind pushing of people into college has created problems for those choosing careers and paths that simply lead into more debt and very little marketable skills. It is also a case where the younger workforce is more educated but also more indebted. They are paying more for their education and their incomes are simply showing paltry gains. This is why talks of the minimum wage are actually bigger than you think. Many people are what we would consider “working poor” even though the media fails to acknowledge real inflation that is hurting the standard of living. So how does this look on a nationwide scale?