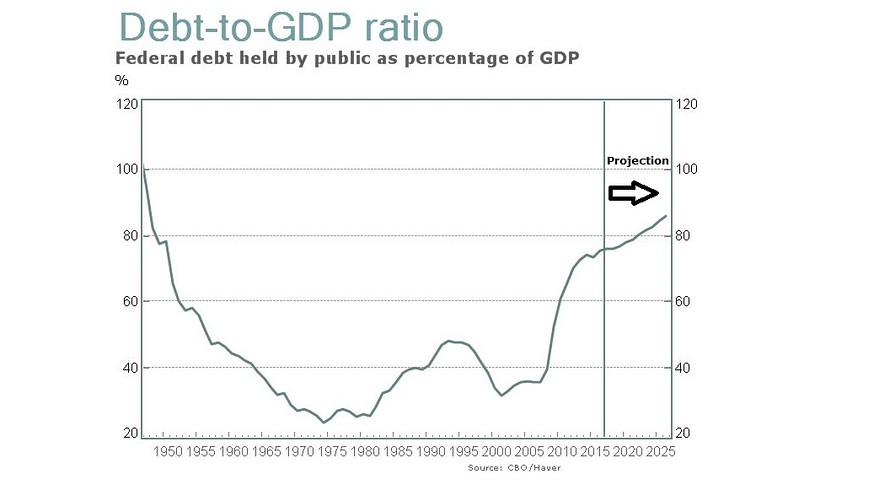 CAMBRIDGE, Mass. (Project Syndicate)– The U.S. Congressional Budget Office (CBO) has just delivered the bad news that the national debt is now rising faster than gross domestic product and heading toward ratios that we usually associate with Italy or Spain. That confirms my view that the fiscal deficit is the most serious long-term economic problem facing U.S. policy makers.

A decade ago, the federal debt was just 35% of GDP. It is now more than double that and projected to reach 86% in 2026. But that’s just the beginning. The annual budget deficit projected for 2026 is 5% of GDP. If it stays at that level, the debt ratio would eventually rise to 125%.