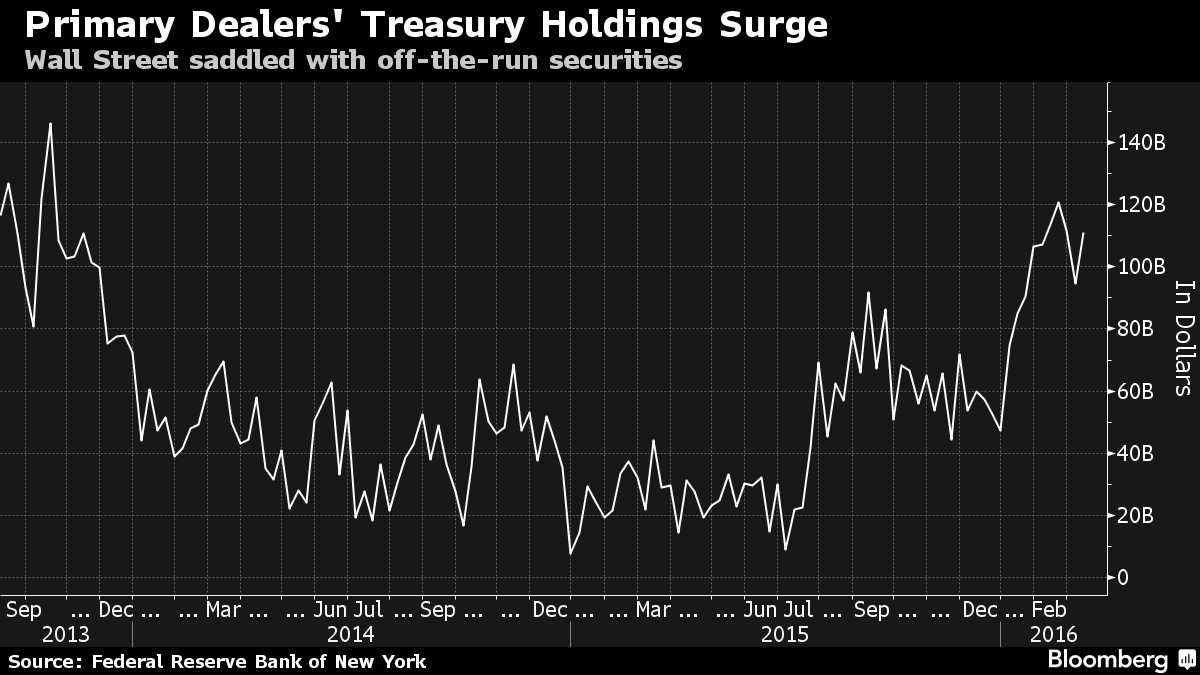 The world’s biggest bond dealers are getting saddled with Treasuries they can’t seem to easily get rid of, adding to evidence of cracks in the $13.3 trillion market for U.S. government debt.

The 22 primary dealers held more Treasuries last month than any time in the last two years, Federal Reserve Bank of New York data show. While at first glance that may suggest a bullish stance, the surge in holdings is more likely the result of investors including central banks dumping the debt on the firms, said JPMorgan Chase & Co. strategist Jay Barry. Foreign official accounts sold a net $105 billion of the securities in December and January, an unprecedented liquidation, Treasury Department data show.