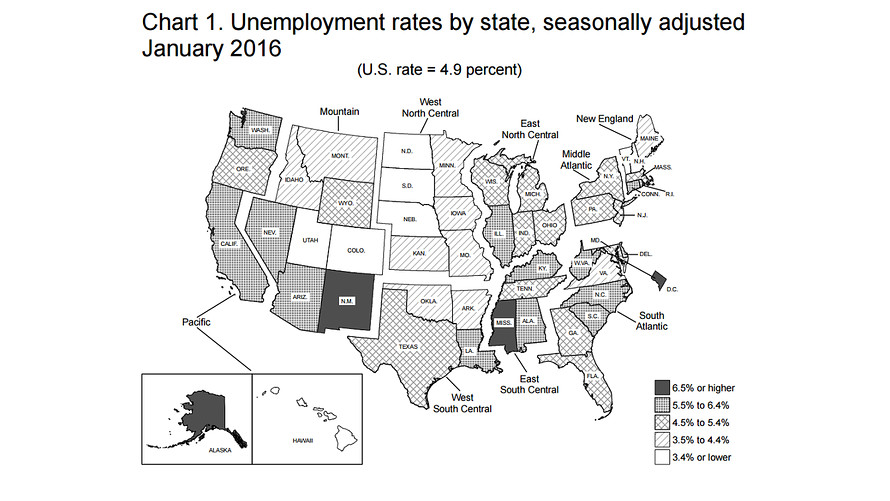 Only six U.S. states lost jobs from January 2015 to January 2016. The common thread? They are all large energy producers.

Yet despite the sharp decline in jobs, North Dakota was still tied for the lowest unemployment rate in the U.S. at the start of 2016. Unemployment in North Dakota and nearby South Dakota registered 2.8% in January, new Labor Department figures show.

North Dakota and the other five states to lose jobs are all big producers or refiners of oil, coal and natural gas. Wyoming, West Virginia, Oklahoma, Louisiana and Alaska join the dubious list.