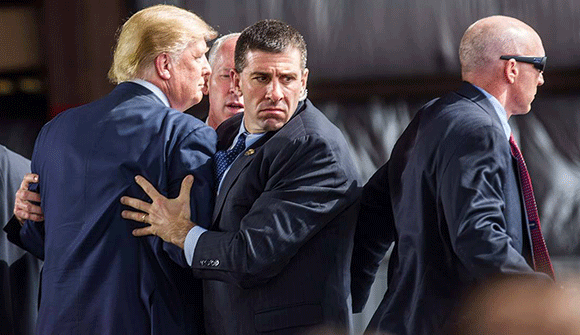 Moveon.Org raising funds from Trump protests, warns more disruptions to come … “We refuse to be intimidated by Donald Trump, Fox News, or anyone else … We’ve been ramping up our efforts for months … We need to double-down in the face of direct attacks on our community”… The progressive group is funded by billionaire George Soros, and has endorsed Democratic candidate Vermont Sen. Bernard Sanders for president. -WashingtonTimes

Analyzing the current political scene, a strange trend has become evident to us.

The goal? To help build what is known as North American Union.

That sounds crazy, but bear with us.

The political violence over the weekend shows that Trump is a more and more polarizing force as a result of his presidential campaign.