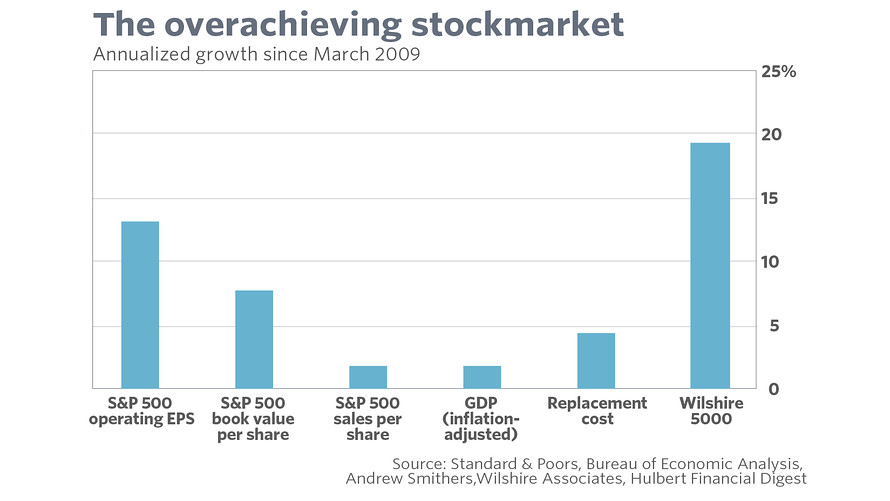 CHAPEL HILL, N.C. (MarketWatch) — There’s one thing we know for sure as we celebrate the 7th anniversary of the beginning of the bull market on March 9, 2009: There’s no way the stock market over the next seven years will produce a return anywhere as good as the last seven.

That’s because the stock market’s growth over the last seven years has far outpaced that of the economy in general or publicly-traded companies in particular. Such a divergence can’t keep widening indefinitely.

Though saying so looks as though I’m raining on the stock market’s birthday parade, it’s just as true that I’m celebrating the extent to which the stock market has been an overachiever: U.S. stocks have performed remarkably, despite weak economic growth.