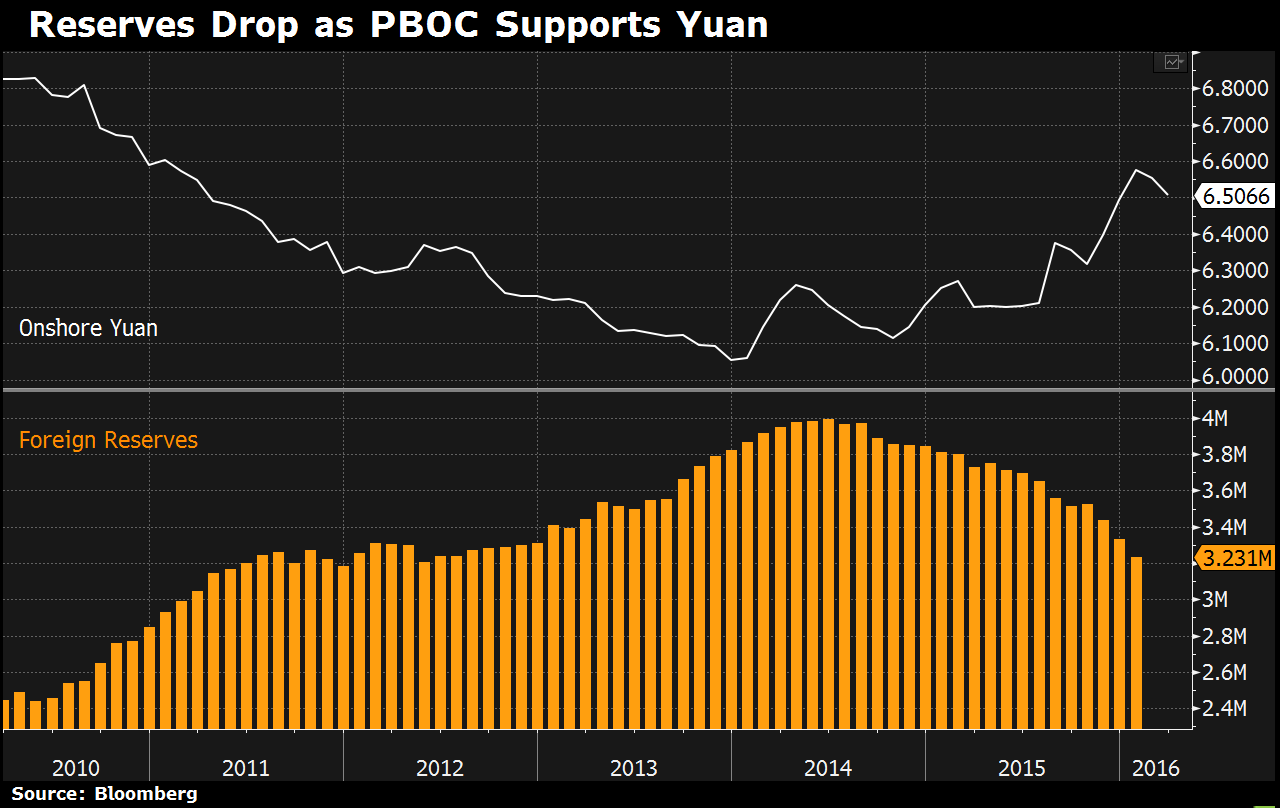 A Chinese central bank official disclosed for the first time the sources of non-dollar assets in its foreign-exchange reserves, the latest gesture by the monetary authority to respond to calls for increased transparency of its currency policy.

Foreign exchange reserves held by the People’s Bank of China include the euro, yen, pound and developing nations’ assets, in addition to U.S. dollars, Deputy Governor Yi Gang said at a news briefing in Beijing on Sunday. He did not disclose amounts of holdings in the currencies.