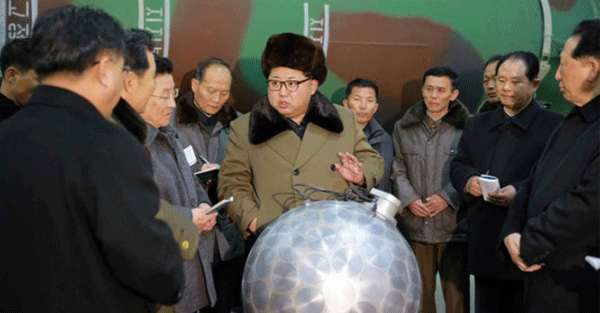 Some of the biggest fear-based propaganda swirls around the nuclear resources of the modern age.

However, the Telegraph article reports that “experts are divided” about the country’s ability to mount warheads on “working missile delivery system.”

North Korea feeds the fear. Now it has released photos of Kim looking at a mock up of miniaturized atomic bomb — “a small, silverish globe with a ballistic missile or a model ballistic missile in the background.”