But buy the greenback anyway. 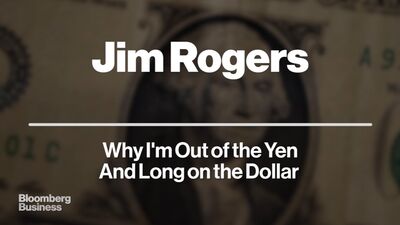 Rogers Holdings Chairman Jim Rogers is certain that the U.S. economy will be in recession in the next 12 months.

During an interview on Bloomberg TV with Guy Johnson, the famous investor said that there was a 100 percent probability that the U.S. economy would be in a downturn within one year.

“It’s been seven years, eight years since we had the last recession in the U.S., and normally, historically we have them every four to seven years for whatever reason—at least we always have,” he said. “It doesn’t have to happen in four to seven years, but look at the debt, the debt is staggering.”

Most Wall Street economists see a much smaller chance of a U.S. recession within this span, with odds typically below 33 percent.