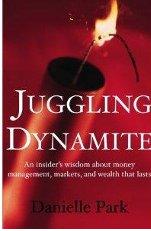 The bankers write the legal interpretations of securities laws that hold them harmless, and then the Department of Justice adopts and reiterates these arguments as the government’s findings, rather than conduct their own independent fraud investigations. The evidence is incontrovertible. Watch this video update.

In an effort to pick up where FRONTLINE’s Untouchables left off in early 2013, BestEvidence presents “The Veneer of Justice in a Kingdom of Crime.” In addition to analyzing events that have occurred since the Untouchables aired (including events caused by the Untouchables), and in an attempt to answer some of the deeply troubling issues raised by Martin Smith, “Veneer” examines certain implications the DOJ’s pronouncements, since late 2012, that the rule of law is effectively dead (having been supplanted by the management of oversized global banks). Here is a direct video link.