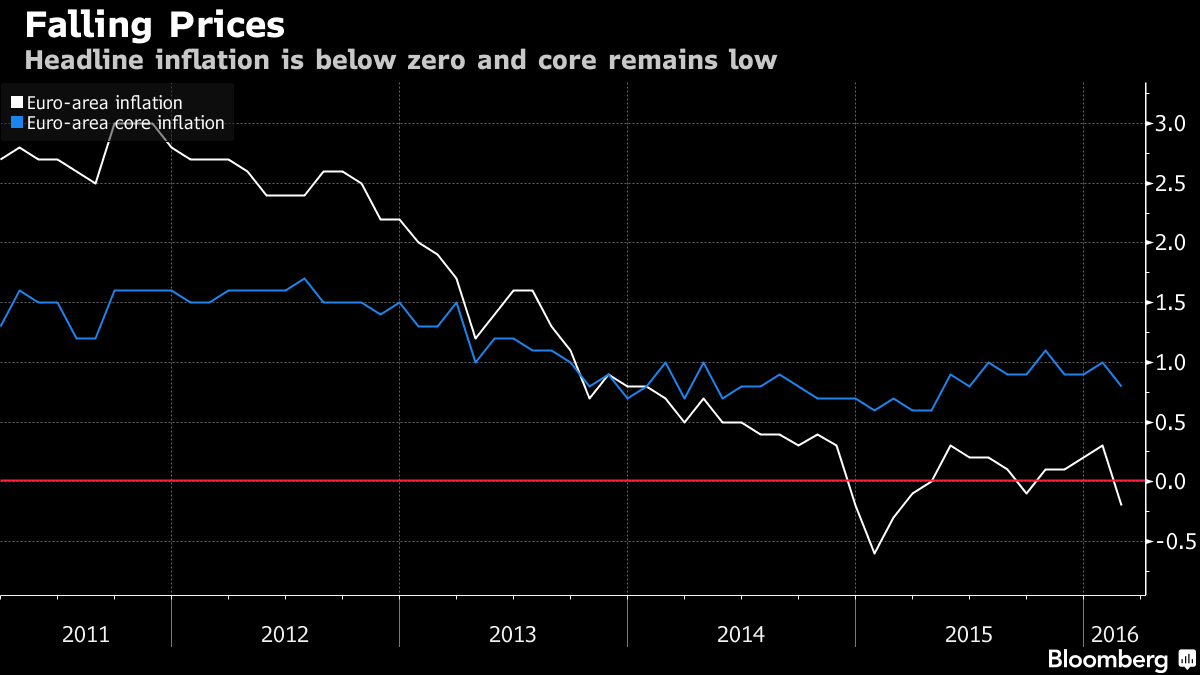 As Mario Draghi prepares to ramp up debt purchases starting Friday in his biggest assault against euro-area deflation risks, he’s about to get another sense of the magnitude of the challenge.

[…] Consumer prices in the currency zone probably fell for a second month in March and the unemployment rate remained in double digits in February, economists forecast in Bloomberg surveys before data this week. Another report is expected to say economic confidence was unchanged in the 19-nation region in March.

Policy makers led by the European Central Bank president are expanding monthly asset buying to 80 billion euros ($89 billion) from 60 billion euros and introducing new measures to lift inflation that hasn’t touched their near-2 percent goal since 2013. While the economy is growing, it’s not gaining momentum, and a slow decline in unemployment has failed to spur enough demand to counter falling oil costs and ignite price gains.