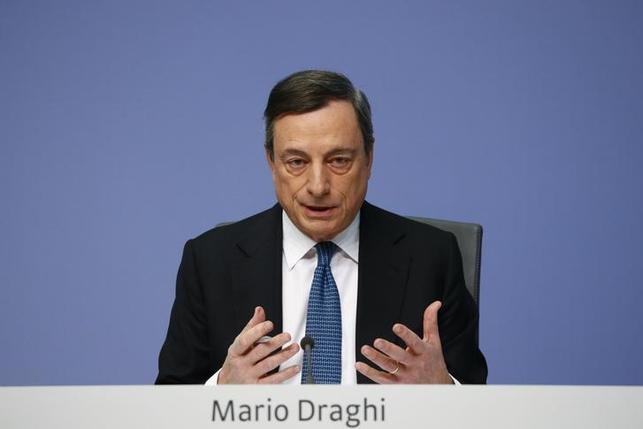 The European Central Bank delved deep into its remaining arsenal of stimulus options on Thursday, cutting all three of its interest rates and expanding asset-buying to boost the economy and prevent ultra-low inflation becoming entrenched.

In moves that initially pushed the euro 1 percent down against the dollar before recovering, the ECB cut its deposit rate deeper into negative territory and increased monthly asset buys to 80 billion euros from 60 billion euros, above market expectations of an increase to 70 billion.

While the deposit rate was cut 10 basis points to 0.4 percent, the main refinancing rate was shaved to zero from 0.05 percent and its marginal lending rate — used by banks to borrow from the ECB overnight — fell to 0.25 percent from 0.3 percent.