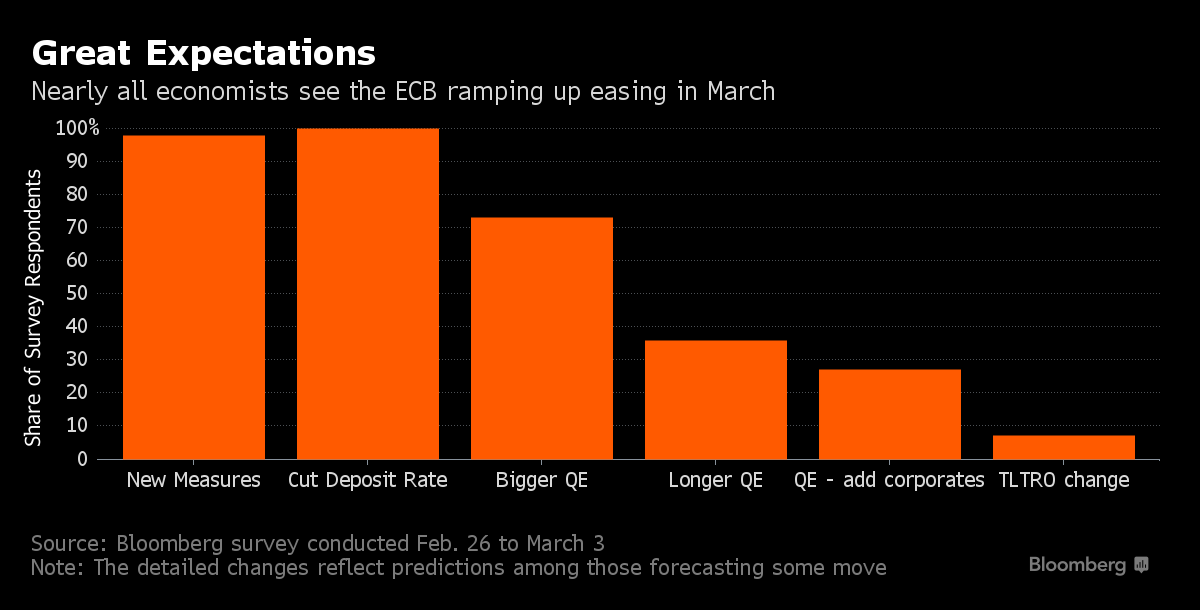 Mario Draghi is about to attempt his 11th round in the European Central Bank’s epic fight against the threat of deflation.

The ECB president and his colleagues have unleashed significant stimulus to reignite price growth in the euro zone at 10 of the 47 monetary-policy meetings since he took the helm, only to see the region slapped as recently as last week with a negative inflation rate. For this week’s decision, economists in a Bloomberg survey are nearly unanimous in predicting action, and the good news for Draghi is that most say it’ll be enough.

The results of the poll signal what officials might have to deliver if they want to avoid a repeat of December, when a tweak to stimulus underwhelmed investors and sparked a market selloff. Just three months on, with consumer prices falling again and the outlook worsening, the central bank faces a critical test of its credibility.