Donald Trump ran his public company into the ground, but pocketed millions for himself 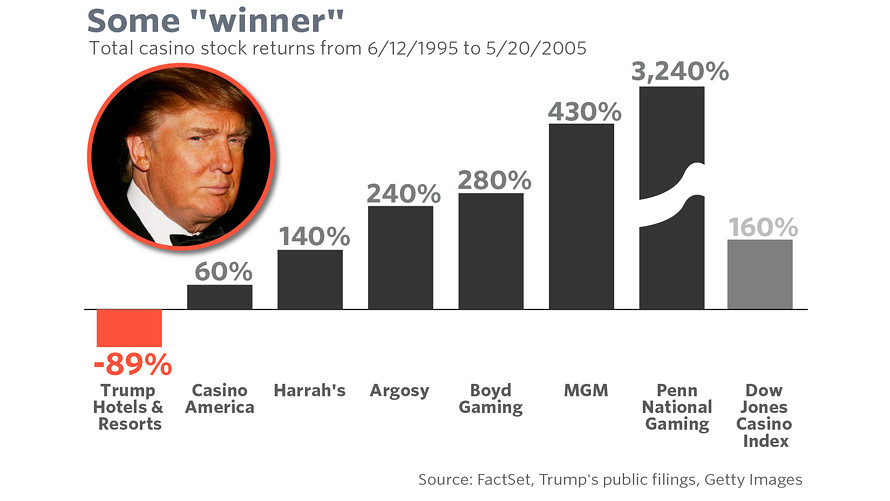 Why is Donald Trump getting a pass for his disastrous and incompetent track record of running a public company?

The Republican front-runner has made much of his supposed “success” in business and says he now wants to do the same for America.

But the only part of his business track record for which we have the full picture shows that Trump wasn’t a successful executive but an absolute catastrophe.

[…] For 10 years between 1995 and 2005, Donald Trump ran Trump Hotels & Casino Resorts — and he did it so badly and incompetently that it collapsed into Chapter 11 bankruptcy. His stockholders were almost entirely wiped out, losing a staggering 89% of their money. The company actually lost money every single year. In total it racked up more than $600 million in net losses over that period.