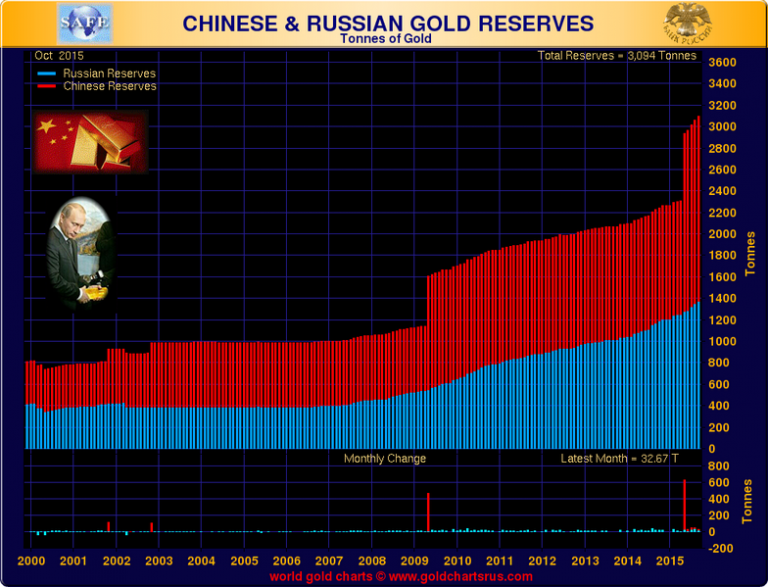 Central bankers have been on a massive Gold Buying Spree led by Russia and China. One must remember that not only is Putin ex-KGB, but he is also an economist and holds a black belt in judo. Judo teaches you to use your opponent’s momentum to defeat him or her, and that appears to what Putin is doing. He has this administration running circles, by the time they figure out what he is up to, it is too late to do anything. Putin and China can see that the writing is on the wall that the days of U.S holding the top spot are numbered. Our economy is in shambles and only appears to look strong because of the hot money that is holding it up. Regarding illusions, it is a perfect illusion and for now, the masses have bought it, but Russia and China have not.