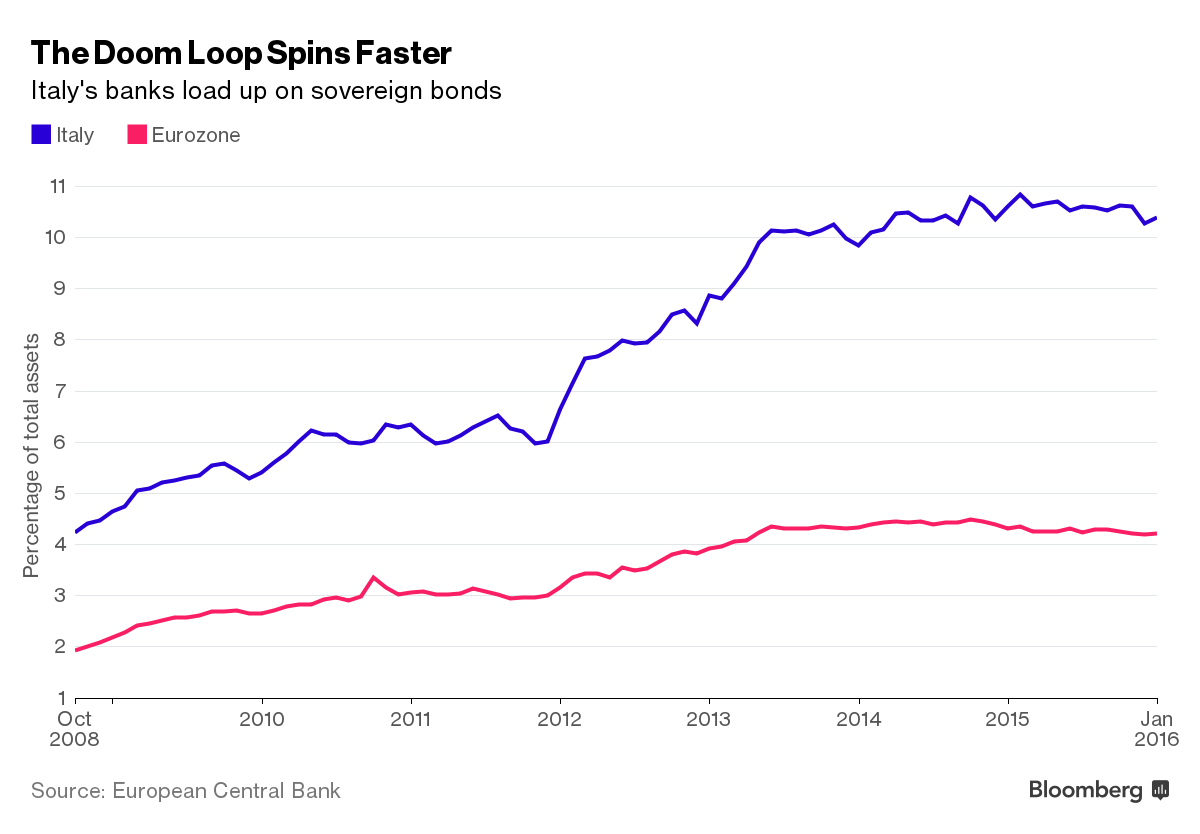 A drive to tighten rules over how much sovereign debt banks are allowed to own has raised the alarm in the home of the euro region’s largest bond market.

Italy’s prime minister, Matteo Renzi, vowed last month to veto any attempt to cap holdings, putting him at odds with Germany. Italian government securities account for 10.4 percent of the country’s bank assets, the most among major European economies and compared with 3.2 percent in Germany, the latest European Central Bank figures show.

A limit would mean “altering the balance of the Italian banking system,” said Francesco Boccia, a lawmaker from Renzi’s Democratic Party who heads the budget committee in Italy’s lower house of parliament. “Banks are already struggling to lend money to small- and medium-sized companies,” he said. “This would be the final blow.”