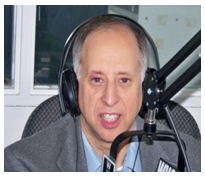 Frank Vernuccio talks about the truth behind the ever escalating Federal Deficit. The United States Treasury Department has revealed that America now has a record debt of over $18 trillion. That amounts to 103% of the nation’s entire gross domestic product, in which 70% of that debt was accumulated during the Obama Administration.

All of this growiucng debt has been incurred despite record intakes in revenue, both in the previous year and during the new fiscal period. There was nothing more invested in federal responsibility, Defense Support, Homeland Security and even Social Security.

What is all of the spending going towards? How can we have a positive revenue stream, but a yearly rising deficit?