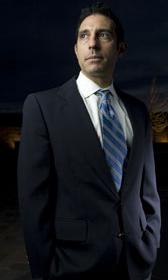 Jeff Kass joined us again for another discussion of the increasing incidence of mass shootings in the United States. Jeff believes that private gun ownership and possession isn’t a deterrent to such events. According to a Mother Jones study, this would appear to be true. And yet, there have been a number of instances where mass shootings have either been interrupted or stopped by gun wielding citizens. One thing is certain, we must all become more aware of people who are on the edge and could become capable of such acts. An ounce of prevention could be what’s necessary to prevent such disasters from happening.