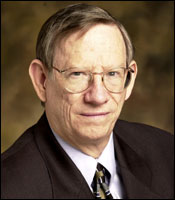 Arch Crawford of Crawford Perspectives was on the show in August and September of this year. He stated for the record that he believed that the election would be delayed or cancelled and that martial law would be imposed. To our knowledge, these were the only public interviews he gave out with such specific predictions. He felt that September 30th would be the day that all hell broke loose. Here we are, a month to the day and the Northeast is suffering a Perfect Storm, only this time we’re not worrying about George Clooney getting lost in a fishing boat, we’re talking about 10’s of millions of people suffering widespread power outages and lack of food and basic services.

Could this turn into a nature-driven ‘Reichstag’ event? We all know that this administration is the most lawless on record. Basic constitutional limitations that kept presidents in check for over 200 years seemingly have no affect or power over this Chicago thug based power-crazed group of sociopaths. Don’t think for a second that the president is actually calling the shots. Rather it’s a control group of labor union collectivist types combined with a group of America haters that are driving the Country closer and closer to chaos.

Listen to these interviews and decide for yourself.