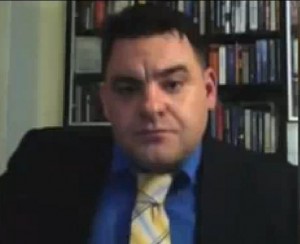 Dan Collins has been living in China for the past 15 years; he started as an exchange student, but he never left. Dan has worked for a number of large corporations there, at one point as a high level executive for GM China. With this unique perspective, he believes China is in a controlled slowdown, and the government will effectively manage the decline and keep the country crash free and growing for many years. Of course with Europe imploding (China’s largest customer) and many other ominous clouds on the horizon, it’s really impossible to know. But one thing is for certain, if you want to get rich in China, you need to be a high level communist party member. Many of them are billionaires, but there are a lot of other wealthy people in this emerging super power, and they want what we in the United States have taken for granted for many years. Unlike the emerging and growing underclass in the United States, they’re willing to work for it. So if you want to know about China, then you need to hear from Dan, someone who’s right in the thick of things. Find out more about his work at The China Money Report.