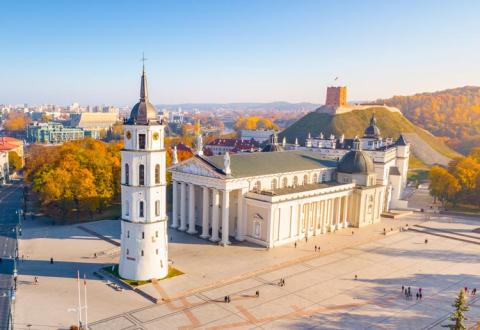 Violations of fundamental human rights and the mistreatment of human beings are not a new aspect of humanity. Stalinist murders, the deportation of millions to Siberian gulags, and USSR-annexed countries is only one painful example in human history. Lithuania has certainly experienced it all, including fifty years of Communist dictatorship. As the Soviet Union collapsed, Lithuania was also the first to declare independence—on March 11, 1990.

On January 13, 1991, thousands of unarmed Lithuanians stood against Soviet tanks after the country’s declaration of independence, protecting their parliament and TV tower, which did not stop translating the news to the world. Fourteen died and hundreds were wounded, because Lithuanians refused to retreat under the attacks and sporadic gunfire continued for at least ninety minutes. Just before the radio station shut down, an announcer said: “We address all those who hear us. It is possible that (the army) can break us with force or close our mouths, but no one will make us renounce freedom and independence.” The Soviets backed down.