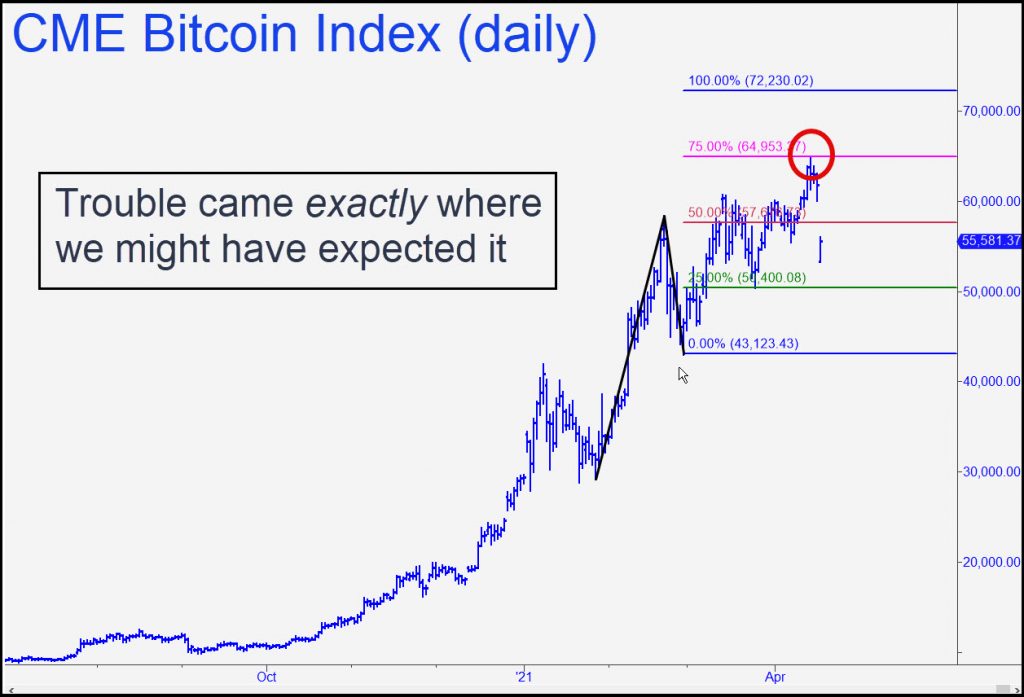 Bitcoin mania hit an air pocket on Sunday with a so-far $11,500 plunge from last week’s record-high $64,858. Groping for an explanation, Bloomberg and other mainstream sources attributed the drop to speculation that the U.S. Treasury might crack down on digital-money laundering. Yeah, sure. This tired story has been marking time for a decade, ever since the days when only a few hardcore gamers knew about blockchain money. Now it is being reheated and served up as a convenient explanation for bitcoin’s nuttiness, much as stories about “tariff fears” and “vaccine hopes”‘ were trotted out each and every time mass psychosis seized traders.

Crypto fans had better get used to the crackdown story. Recall that it took almost two years for the news media’s tariff-war allegory to die a natural death. This occurred when the “war” itself became too convoluted for the supposed experts to explain. Eventually, and mercifully, they came to realize that they were only embarrassing themselves when they tried. Now financial writers have trained their wellspring of ignorance on the latest tabloid story involving markets — the epic mania in cryptocurrency.