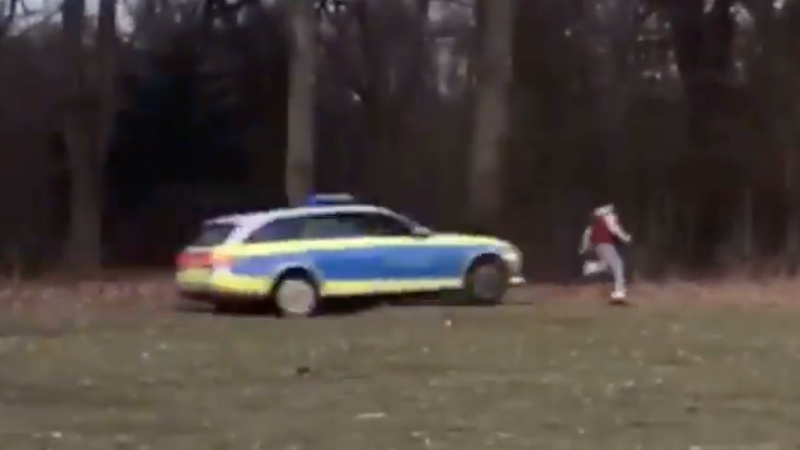 A teenager was hunted down by out-of-control German police officers attempting to enforce ‘COVID rules’ in a park in Hamburg last week, according to reports.

Wild footage from a chase through Jenischpark in the suburb of Othmarschen shows a 17-year-old fleeing from cops careening across a field in a police wagon as more officers pursue on foot.

The patrol vehicle can be seen spinning wildly as it almost hits two running officers before striking an obstruction and nearly crashing into the teen ‘fugitive.’