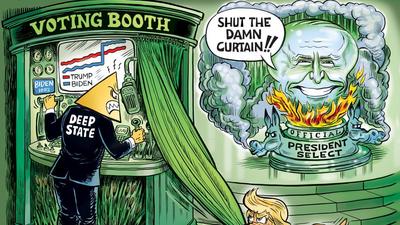 In effect, Cruz & Co. would vote to hold up validating Biden’s victory until a newly formed commission could complete a 10-day investigation of complaints that it was fraudulent or rigged. And, at last count, 140 House Republicans had signed on to support challenges to Biden’s electoral vote majority.

A week from today, Joe Biden will still be on his inexorable course to become the 46th president of the United States.

Why, then, the hysteria that has suddenly gripped this city?

The triggering event was the announcement by GOP Sen. Josh Hawley of Missouri.