‘This is what happens when people get desperate. I’m desperate.’ 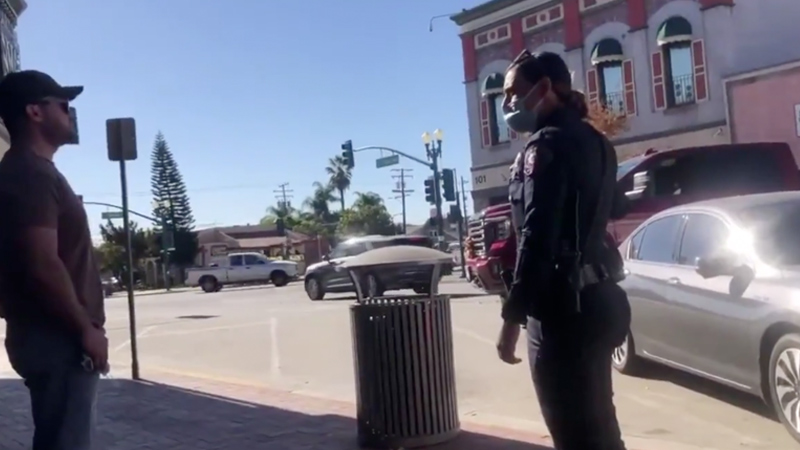 A frustrated restaurant owner in California turned the tables on a local health inspector, blocking in his vehicle after being forced to shut down due to Covid regulations.

The man’s plight was filmed on camera while police arrived to question him, as his pickup truck sat parked in the middle of the street blocking the Los Angeles County health inspector’s sedan from being able to maneuver out of his parking space.

[…] In the video from December 20, the owner of Bread and Barley in Covina is overheard explaining to a police officer that the health inspector was taking photos of his business in efforts to keep him shut down.

“I’m blocking his ass in because he wants to come in here and say no one can work – so he can’t work, either,” restauranteur Carlos Roman tells an officer.