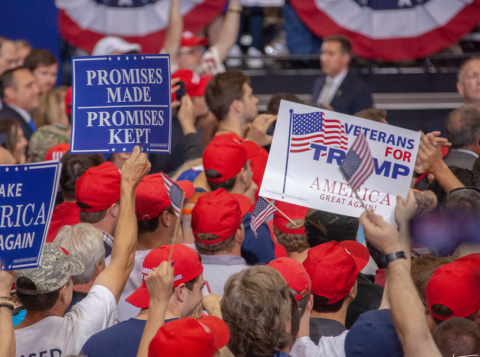 There is good reason to believe that the 2020 election was a repudiation of far-left social and economic policy in the United States. This interpretation at the very least has been taken to heart by many Democrats who lost seats in the US House and who now fear—with good reason—greater losses during the midterm 2022 elections. Many blame the factions who represent the most far-left elements within the party. Moreover, when we look at the US’s center-right party—i.e., the GOP—we find it made gains nationwide when both federal and state level offices are considered.

What is less clear, however is whether or not the usual center-left elements of the American political scene have been repudiated at all. One would be very hard pressed to make the case that this election illustrated any widespread appetite among Americans to embrace an agenda of lower government spending, cuts to social welfare, or restrained monetary policy. Although the media likes to portray Trump as a right-wing troglodyte, the fact is Trump in 2020 did not run on a platform of overturning to any significant extent any of the left’s victories solidified during the Obama years, including new gay marriage provisions, Obamacare, or increased social spending. Indeed, Trump increased government spending to unprecedented levels, imposed new gun controls, and did little to rein in a CDC bent on destroying the economic well-being of countless American families.