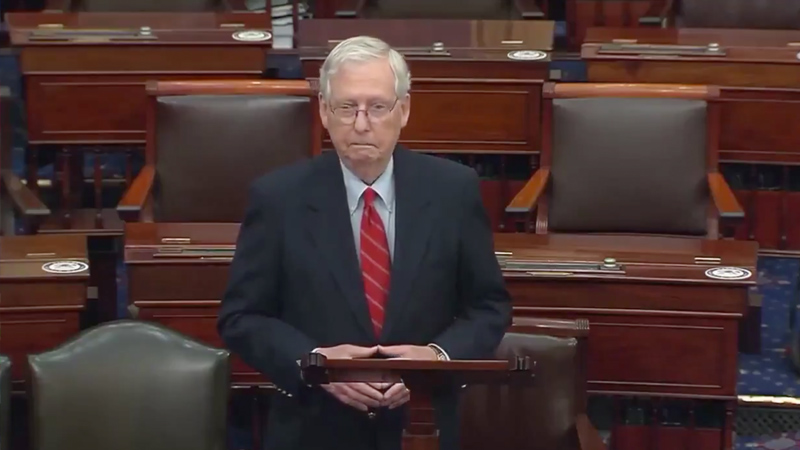 Senate Majority Leader Mitch McConnell has not yet accepted the election outcome announced by the mainstream media and says President Trump’s allegations of voter fraud must be investigated.

Refusing to acknowledge the media’s declaration of a Joe Biden win, McConnell, who won re-election in his home state of Kentucky last week, made the comments Monday in remarks on the Senate floor discussing the 2020 elections.

McConnell says President Trump is 100% within his rights to look into possible irregularities in last week’s U.S. election.