[Ed. Note: Keep this in mind while people talk idiotically about the need for federal troops in places like Portland. Just look at what can be accomplished with a single water canon, rather than implementing martial law.] 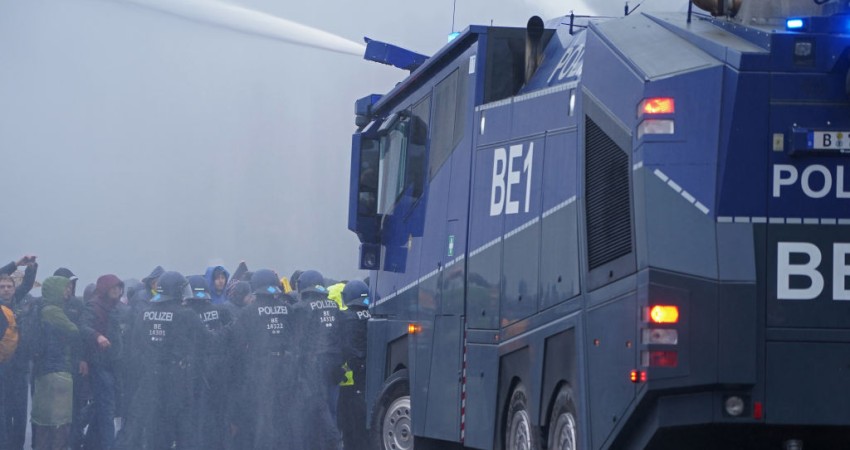 Police in Berlin used water cannons on anti-lockdown protesters who were demonstrating near the Brandenburg Gate against new COVID-19 laws they claim are unconstitutional.

The new law would codify current social distancing requirements, mandate mask wearing and increase the punishment for those flouting the rules.

The measures are expected to pass both lower and then upper houses of parliament, but that didn’t stop thousands of protesters defying a government ban to descend on the Bundestag in opposition to the law.