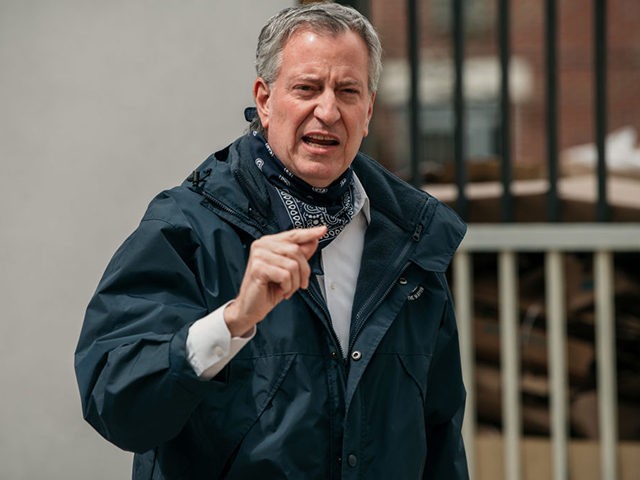 Law enforcement will be “out in-force” as the holidays approach, stopping vehicles at certain New York City checkpoints, and there will be “consequences” for violating quarantine requirements, Sheriff Joseph Fucito said on Tuesday.

“Sheriff teams will be out in-force as the holidays approach. There will be vehicle checkpoints at key bridges and crossings throughout New York City,” Fucito announced during a Tuesday press conference alongside Mayor Bill de Blasio (D).

“Sheriff will also be conducting checkpoints at curbside drop off bus stops – so, out-of-state buses coming into New York City, when they drop off at the curb, they will be met by sheriff teams,” he said, explaining that they will also be “serving Department of Health general orders for travelers arriving in New York, advising him of the quarantine and what they have to do in order to comply with the quarantine.”