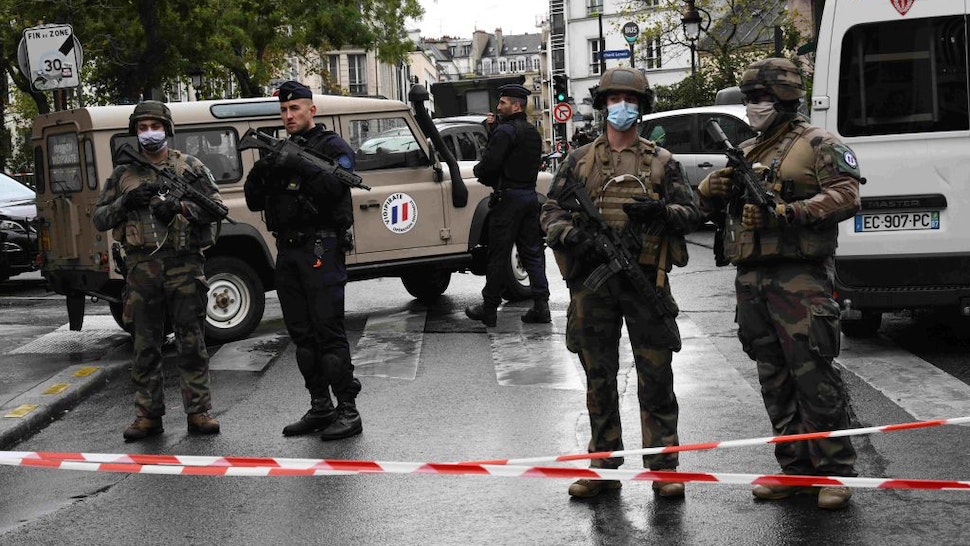 A history teacher who had shown a class about freedom of expression caricatures of the Prophet Muhammad was beheaded Friday by a man who was later killed by police.

The New York Times headline and subhead on the story was curious, choosing to point out that police killed the man ahead of the fact that the man was a murderer. “French Police Fatally Shoot Man Who Beheaded Teacher on the Street,” read the Times headline. The sub headline was also misleading: “The victim was immediately depicted as a martyr to freedom of expression. France’s antiterrorism prosecutors are investigating the attack, which took place in a suburb north of Paris.”