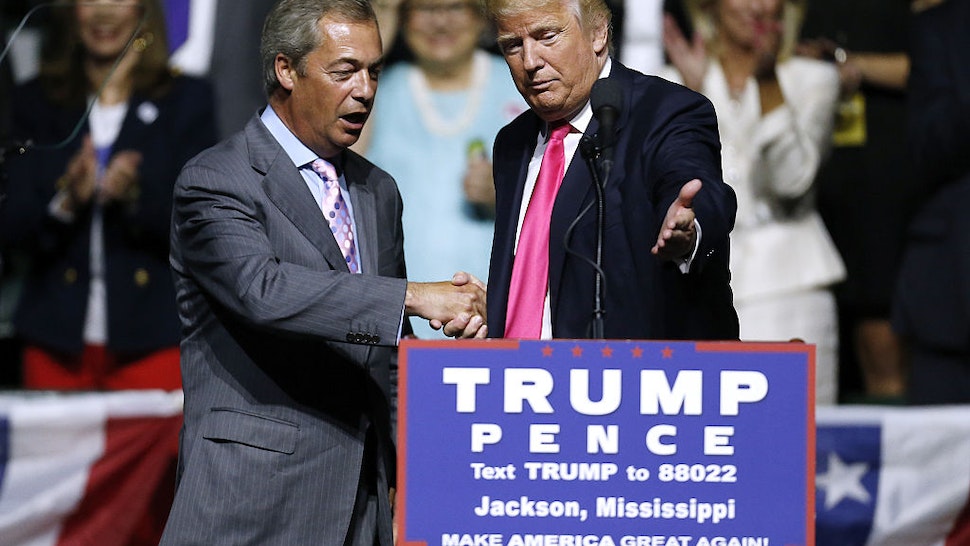 On Monday, Democratic presidential candidate Joe Biden, seemingly confident of victory, boasted on Twitter, “In 8 days we’re going to take our democracy back.”

[…] Besides the fact that Biden mistakenly referred to the United States as a democracy instead of a democratic republic, (some Democrats have stated the desire for a pure democracy, in which the majority can trample on the rights of the minority), there was his seeming attempt to assert he was taking control, leading Great Britain’s Nigel Farage, the leader of the Brexit Party, to assume that once Biden had control of America, he might have other plans.

Farage fired back, “And then sell it to China?”