“New lib journo game of ‘I went outside in daylight in a nice neighborhood and the city wasn’t on fire, so haha Trumpers.’”

[Ed. Note: I hate to wish bad outcomes on people, but how funny would it be if Paul Krugman got mugged next week? I mean, really… I’m right, aren’t I?] 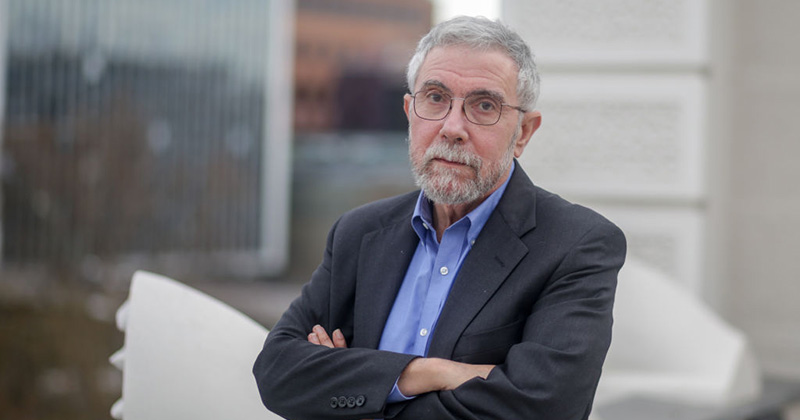 Paul Krugman, the Nobel prize-winning economist and New York Times columnist, has figured out that the doom and gloom over rampant violence and lawlessness in the largest US city is unfounded hysteria over a “nonexistent crisis.”

All he needed to find the truth of the matter and prove the alarmists wrong was to go for a jog in the city Wednesday morning. “Am sorry to report that I saw very few black-clad anarchists,” Krugman tweeted after his run. “Also, the city is not yet in flames.”

Based on that conclusion, Krugman speculated on whether President Donald Trump could win over voters by “hammering on a nonexistent crisis of order in America’s cities.” He added, “You would think not, but I’m not 100 percent confident.” He capped a long string of tweets by saying it’s “important to realize that claims of urban anarchy are almost entirely fantasy.”