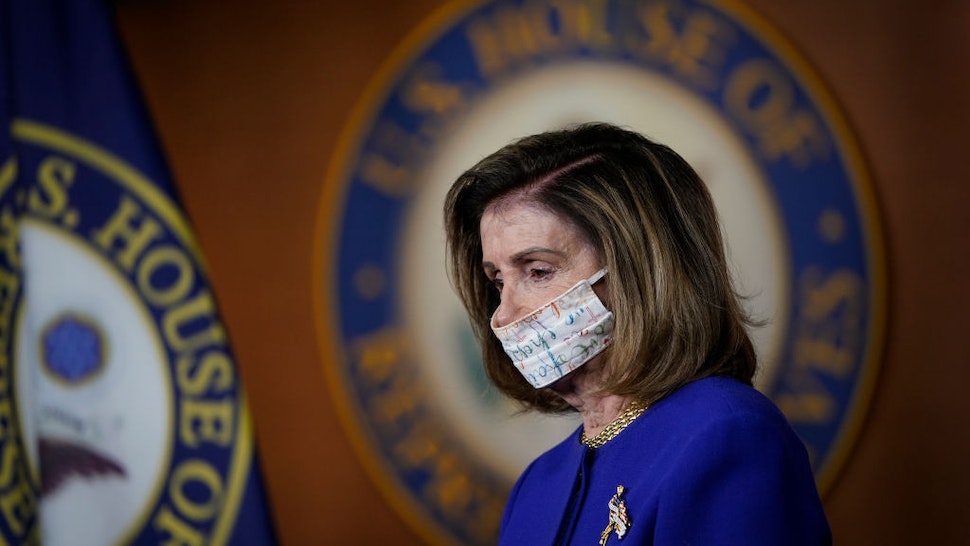 House Minority Leader Kevin McCarthy (R-CA) said Wednesday that he would move to remove Nancy Pelosi (D-CA) as House Speaker if she tries to bring impeachment charges against President Donald Trump just to keep him from nominating a Supreme Court justice.

Speaking to reporters on Capitol Hill, McCarthy referred to Pelosi’s Sunday comments in which she wouldn’t rule out impeachment as a way to stop Trump from getting another Supreme Court nominee, the New York Post reported.

“I will make you this one promise, listening to the speaker on television this weekend, if she tries to move for an impeachment based upon the president following the Constitution, I think there will be a move on the floor to no longer, or the question of her being Speaker,” McCarthy said, adding, “She may think she has a quiver — we do too.”