Trespassing vandal gets sprayed down with pellets, runs screaming into the night 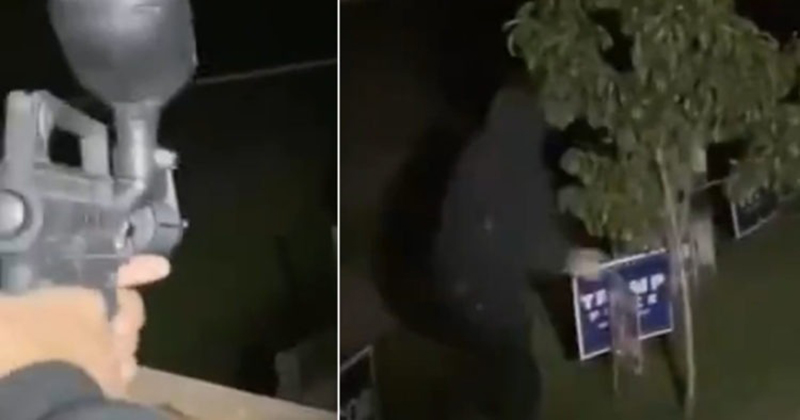 Video footage shows a Trump supporter using a paintball gun to dispel a leftist who was trying to urinate on the homeowner’s Trump-Pence lawn sign.

After catching the vandal leering over the lawn sign and fiddling with his pants on a night-vision CCTV camera, the Trump-supporting homeowner retrieves a semi-auto paintball gun and heads to the front door, with a pistol holstered on his hip for good measure.

“What the f**k?” he calls out to the trespasser. “F**k you!” comes the reply, as well as a derisive flash of the middle finger from the miscreant.

Unsatisfied with this response, the homeowner shoulders the CO2 rifle and proceeds to spray down the vandal with a fusillade of rubber paint pellets, prompting the latter to cry out in pain, lose his balance, and tumble into the street.