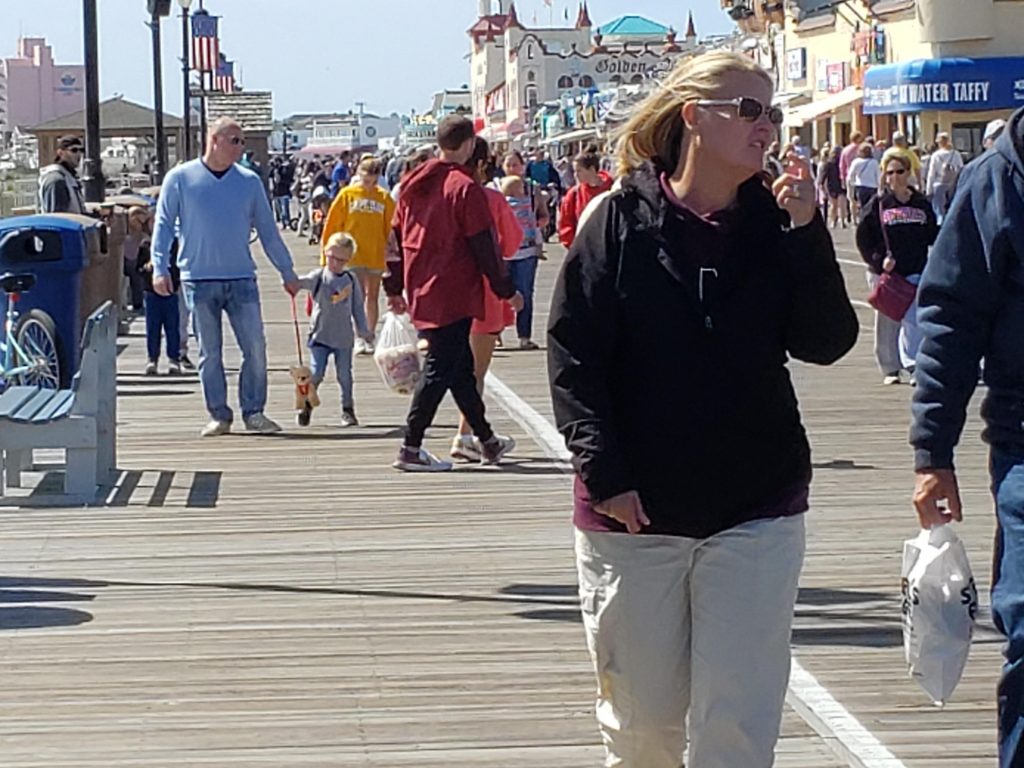 There was not a mask in sight Saturday afternoon on the Ocean City NJ boardwalk even though it was packed with strollers, including your editor. Although it’s not possible to tell from the picture which are political liberals and which are conservatives, it’s probably safe to say that voters of both persuasions were well represented in the dense throng. The beaches and boardwalks in South Jersey and elsewhere are among the relatively few places where no one seems to give a damn about Covid-19. In such locales, the disease seems as powerless as the Wicked Witch of the East in Munchkinville. We know this because nearly everyone in America would be infected by now if it were otherwise.

What about indoor spaces? Popular wisdom has it that if you share a poorly ventilated room with someone who has the disease, and you breathe the same air for an hour or two, you are likely to become contaminated yourself (although not necessarily symptomatic). However, there is at least one bar in nearby Margate, NJ, where drinkers often stand two or three deep because all of the stools are taken. Three-way conversations are happening with faces separated not by the state-mandated six feet, but by 10-15 inches. On a recent weekend when I had dinner there — outside — the bar resembled a scene from a Heironymous Bosch painting, where earthly pleasures are celebrated with wicked abandon. If they turn out to be superspreaders, we should know by Halloween.