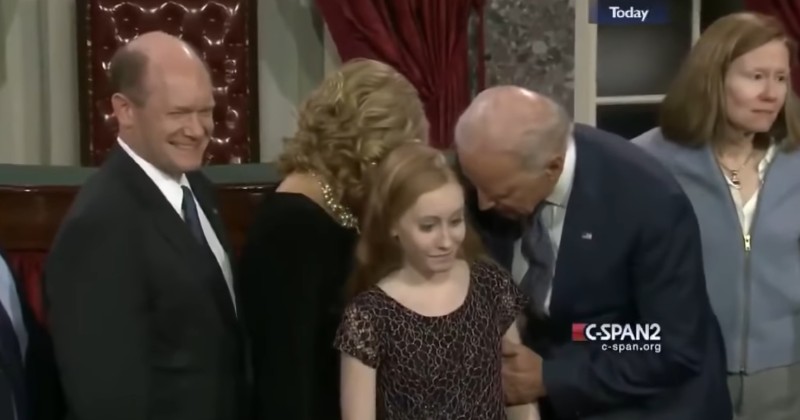 The issue arose after Texan progressive activist Johnny Graz argued that Biden should be investigated for sexual assault.

The now infamous footage contains numerous examples of what accusers say is the presidential nominee deliberately touching the young girls in sensitive areas while at other times whispering into their ears.